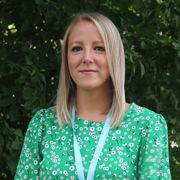 Lindsey moved from a small coastal town in South West Wales to Bath to read International Management with a Modern Foreign Language (French) at the University of Bath. As part of her year abroad, she spent 6 months studying at a French University in Rouen and a further 6 months completing a work placement in an Aerospace Engineering company in Leuven, near Brussels.

After graduating with a 2:1 Lindsey began her career as a Teaching Assistant at another Wokingham School and quickly trained on the Graduate Training Programme as a Teacher of Business Studies. Before joining Waingels as Vice Principal in January 2018, over a period of 8 years, Lindsey has held various positions at an Academy in Slough. Positions include Head of House, Head of Sixth Form, Assistant Head Teacher and Deputy Head Teacher responsible for Teaching, Learning and Curriculum, Museum Learning and Staff Development.

She strongly believes in staff having opportunities to continue to develop their practice in order to deliver good quality first teaching and learning. Lindsey lives in Yateley with her husband who is also a teacher and her daughter. In her spare time, she enjoys hosting dinner parties for friends and family, cooking, reading books about Leadership in schools and spending quality time with her family such as visiting National Trust venues with stately homes. 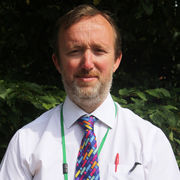 Nick went to school at the foot of the South Downs in West Sussex before heading North. To complete a degree in Chemistry and Chemical Technology at the University of Bradford. He turned down the chance to work in the Pharmaceutical industry to take up a place at the University of Oxford to train as a teacher, graduating in 1995.

Nick’s teaching career started in Cambridge and he arrived at Waingels in January 2016 after spending 15 years in another 11-18 comprehensive school in Hampshire. Nick is committed to improving the quality of teaching and learning and has worked closely with universities and other institutions to develop his career, which took him to Denmark to run training programmes with Danish science teachers. He currently has responsibility for Teaching and Learning across the school. He is married to a primary school teacher and has three children and far too many pets. 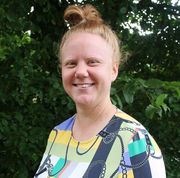 Nikki was born and educated in East Anglia before graduating with a degree in Physical Education from the University of Brighton.

Nikki undertook her first teaching role at Ash Manor School in Surrey where she gained additional pastoral responsibility and ultimately followed her year group through the school from Year 8 to Year 11. Whilst at Ash Manor Nikki completed her SENCo qualification and became the ‘Inclusion Manager’ for the school.

In January 2017 Nikki Joined Waingels as an Assistant Principal, responsible for Inclusion and Intervention. She strongly believes in the personal development of every child to enable them to thrive in an Education setting. Nikki lives in Surrey and enjoys teaching Karate in her spare time. 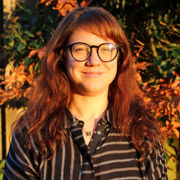 Laura lived in London and then Newcastle before her family moved to Oxford when she was eight. After a degree in Environmental Bio-Geo Sciences from the University of Leeds she trained as a teacher in London, beginning her teaching career in inner London schools before moving to Reading in 2007. After a year’s teaching at a secondary school in Reading, she took up a position as Head of Science at a Science Academy in Slough, and was one of the youngest teachers nationwide to gain Excellent Teacher status.

After eight years in position there she joined Waingels where she is now Assistant Principal with responsibility for Personal Development, Community and Aspirations. As well as managing the team of lead practitioners, she takes great enjoyment from her role in student transition and working with the Careers and Enterprise team to support students on their journey throughout the school. She has recently become Vice Chair of Governors at her children’s primary school. Outside school her interests include going for long walks with her husband and two young children, camping in and travelling around France, cooking, and has recently taken up running inspired by Mrs Humber. 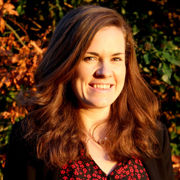 Claire moved to the UK from Ireland in 2009, where she was born and educated. She attended Trinity College, Dublin as an undergraduate, studying Theological and Biblical Studies and also for her teacher training, achieving a 2:1 in both.

She started her teaching career at Gillotts school in Henley where she held roles of responsibility for PSHE and Head of Subject for Religious Studies. She joined Waingels in 2013 as the Deputy Head of Sixth Form and has since taken on the role of Director of Sixth Form, with responsibilities for the Sixth Form Pastoral Team and Raising Achievement in the Sixth Form.

Claire is now firmly rooted in the Community of Woodley having moved into the area in 2014, living not far from the Woodley Precinct with her husband. Community matters a lot to her as do the young people in the community, which is why she has recently taken up a position as a Governor for a Woodley Primary School.

Claire has worked hard to develop and grow the Sixth Form and is proud of the students within it. It is important to her that all students have the opportunity to develop outside of the school curriculum and has therefore introduced an enrichment element to the Sixth Form curriculum. Claire is also committed to her role as a lead for charity events working with staff and students to raise awareness and funds for local and national charities. In her spare time Claire enjoys taking her dog for walks, baking for friends & family and travelling. 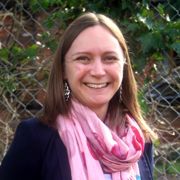 Katherine was born in Bristol and spent her early years in Gloucestershire and Norway before moving to Oxfordshire when she was 11. She spent 3 years at the University of Birmingham studying for a joint honours degree in Sports Science and Materials Science. Having graduated with a 2:1 in 2004 Katherine returned to Oxford to complete her teacher training.

Katherine started her career teaching Science and PE at St Birinus School, a large boys' comprehensive school in Didcot before moving to Chiltern Edge, a small mixed comprehensive school, eventually becoming the Head of the Science Department. She joined Waingels as a Lead Practitioner in 2018, firstly with responsibility for STEM and later Community and Outreach. After taking on a post of Interim Associate Principal with responsibility for Transition Katherine became an Assistant Headteacher in 2022 and now leads on Data, Exams and Outcomes. Katherine loves the variety working at Waingels has provided her with including organising careers events, mentoring trainee teachers, supporting disadvantaged students, working with local primary schools and most recently undertaking training to construct the school timetable. She is passionate about staff well being and working with all colleagues to improve well being and reduce workload.

Katherine has lived in Woodley with her husband for over 10 years and has 2 young children. She had always said she would never work and live in the same town but after spotting a job advert and a guided tour of Waingels from Mrs Chislett she knew that Waingels was the school for her! Outside of school Katherine enjoys camping in Wales and Switzerland, running (especially parkrun and junior parkrun) and trying to perfect her gluten free cooking skills. 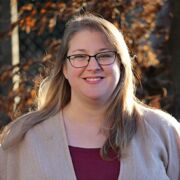 Nicky grew up in Bedfordshire before moving to Bournemouth in her teen years. She completed her degree at the University of Kent in English and American Literature, with a specialism in Shakespeare, and then completed her PGCE as her teacher training.

After teaching in Kent for 10 years she accepted the position as Lead Practitioner at Waingels and relocated with her husband and son in 2018. Since then she has developed the school’s literacy practice and reading culture, supported numeracy across the curriculum and coordinated staff CPD.  In her current role as maternity cover for Rhian Ellis, Nicky is supporting our early career teachers.

In her free time, Nicky can usually be found in her garden in Wokingham, surrounded by bulbs and compost, or curled up in an armchair with her nose in a book. 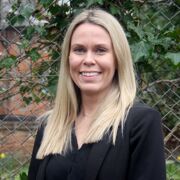 Rhian grew up and went to school in West Berkshire before moving to Cardiff to complete a degree in English Language at Cardiff University.

Rhian stayed in Cardiff to complete her PGCE and her first year of teaching in a large inner-city comprehensive school. Rhian then worked in Newport, Wales before returning to Berkshire to be closer to family.

Rhian joined Waingels in 2012 as an English teacher and has undertaken a number of roles in the English department during this time, most recently as Head of Subject. In her role as Associate Principal, Rhian has responsibility for the curriculum, ensuring that what we teach our students allows them to have the best possible outcomes for their future learning and employment. One of Rhian’s biggest highlights of her time at Waingels is spending a month in Africa (Namibia, Botswana and Zimbabwe) with a group of Year 11,12 and 13 students.

Rhian lives in Winchester with her husband. In her spare time she is passionate about reading, baking and travelling. 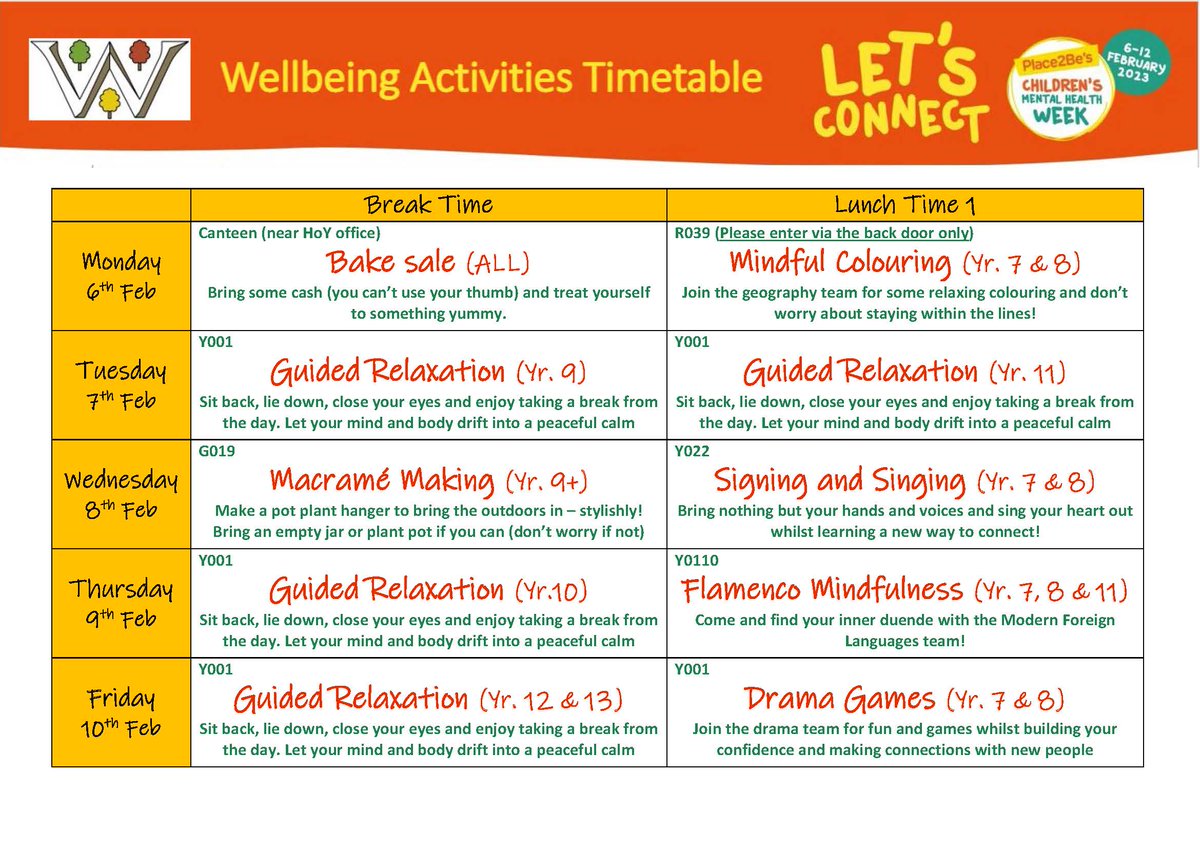 @WaingelsCollege - February 2
We have sent a letter home this afternoon regarding next week's Children's Mental Health Week. You can also view it here https://t.co/Q85b0eie09 Please see below the schedule of wellbeing activities, we encourage all students to take part in at least one of these activities. https://t.co/U8AEaLDQyw 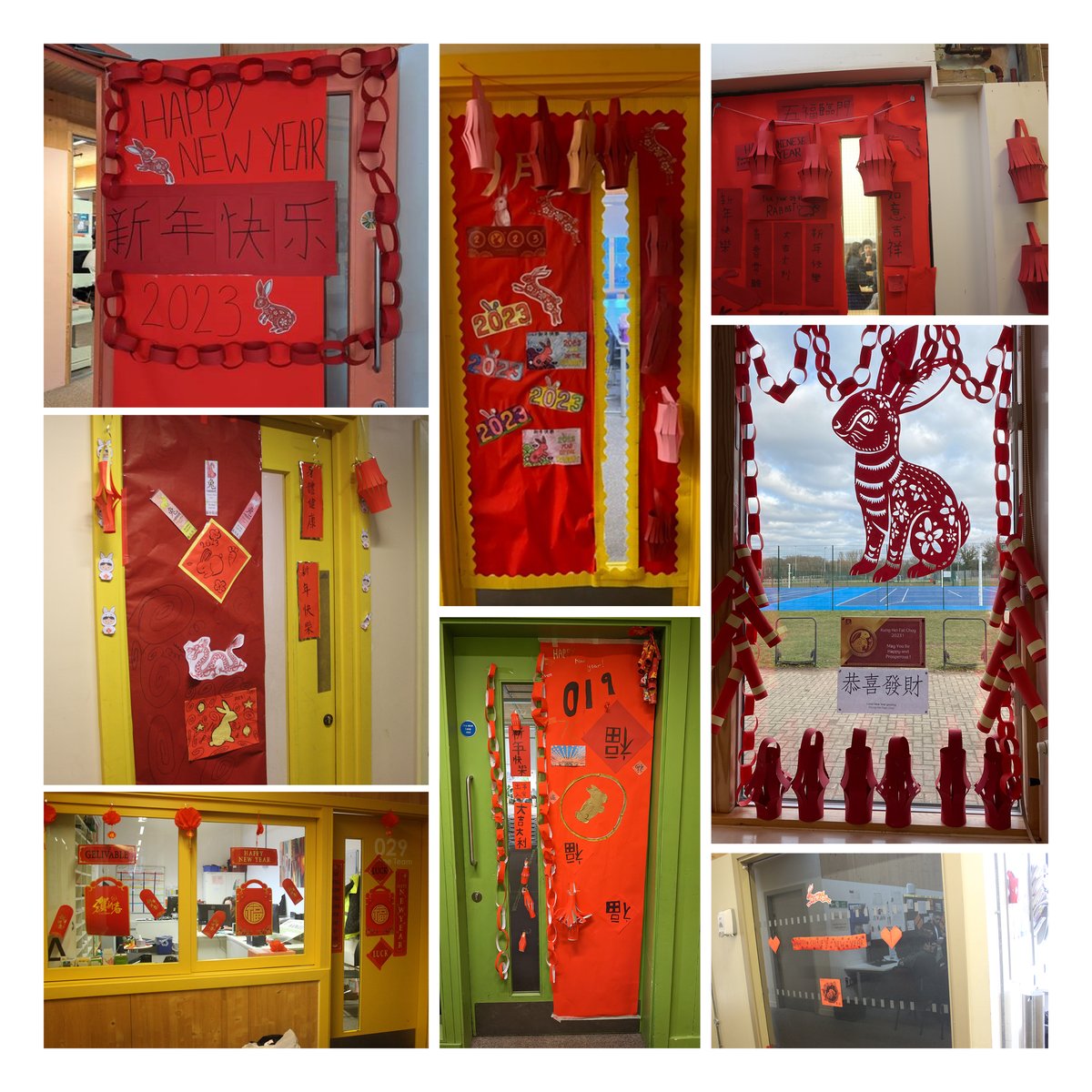 @WaingelsCollege - February 2
Wow the judges have a very tough decision this year of picking a winning door for the Chinese New Year Door Decorating Competition... Who's it going to be... ? https://t.co/ATW8mFMzDt 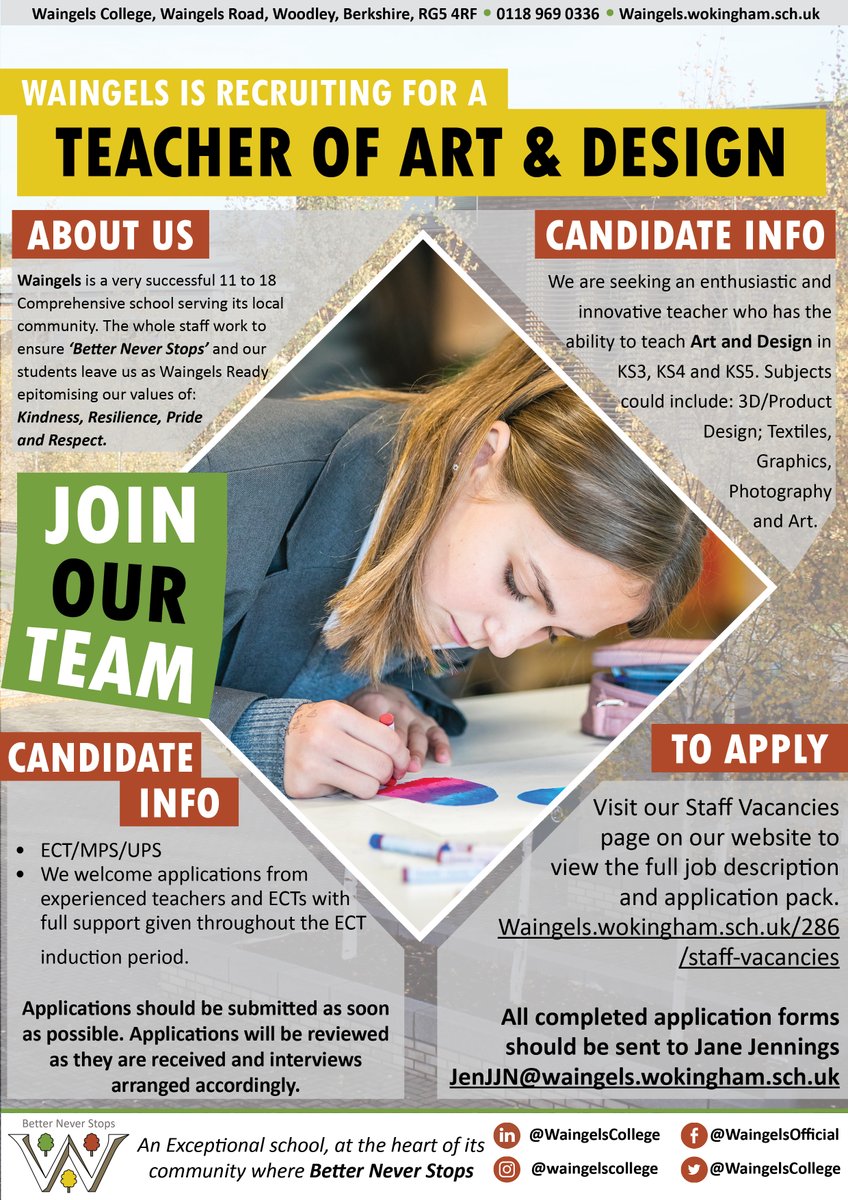 @WaingelsCollege - February 1
We are recruiting for... Teacher of Art & Design ECT/MPS/UPS If this is a position that is of interest to you, then please apply on our website here https://t.co/LnUfFNypp6 Please share https://t.co/CrM2hBWCae 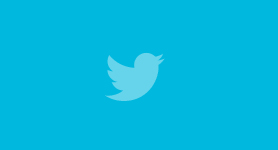 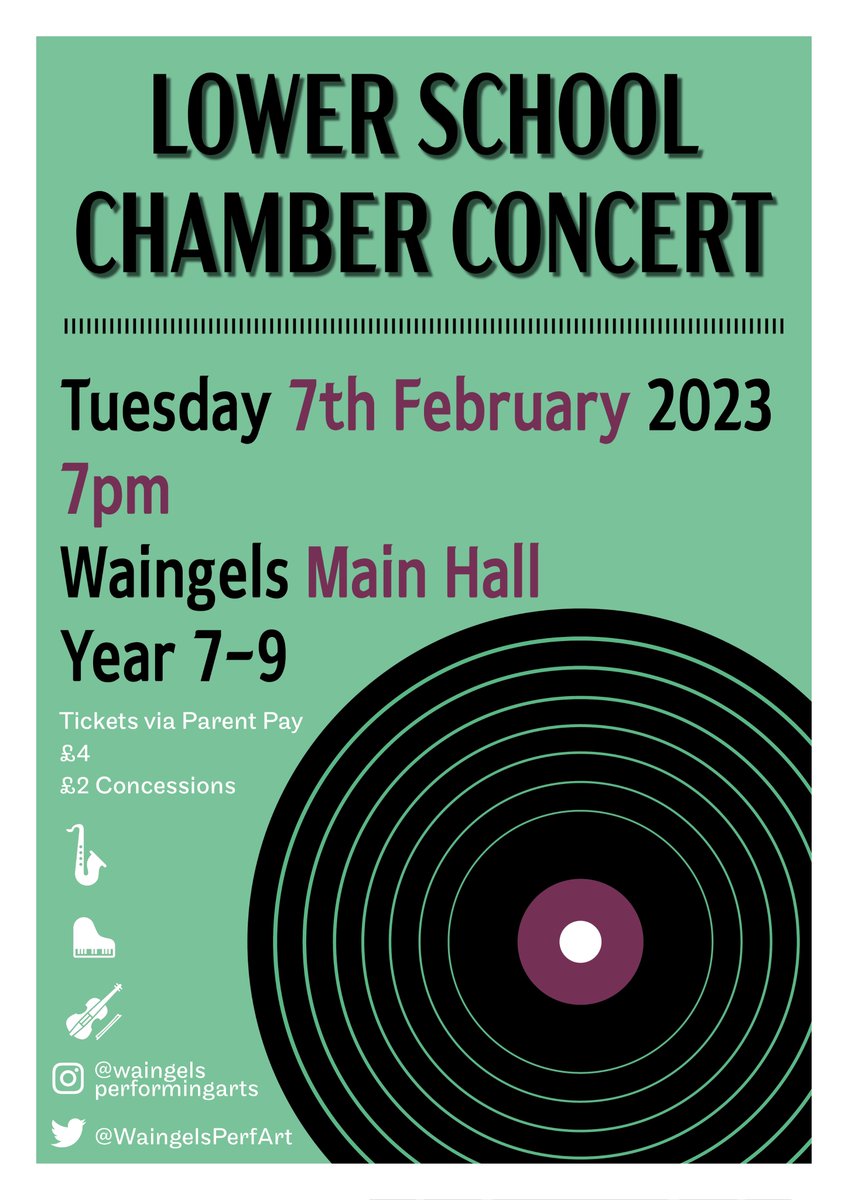 @WaingelsCollege - January 31
1 week to go! Have you purchased your tickets on Parentpay yet? https://t.co/LqVnKrHzOh *If you would like to come but you don't have a student participating in the concert, it will not appear on your Parentpay account. You can therefore pay on the door when you arrive. https://t.co/6WifuNyanO 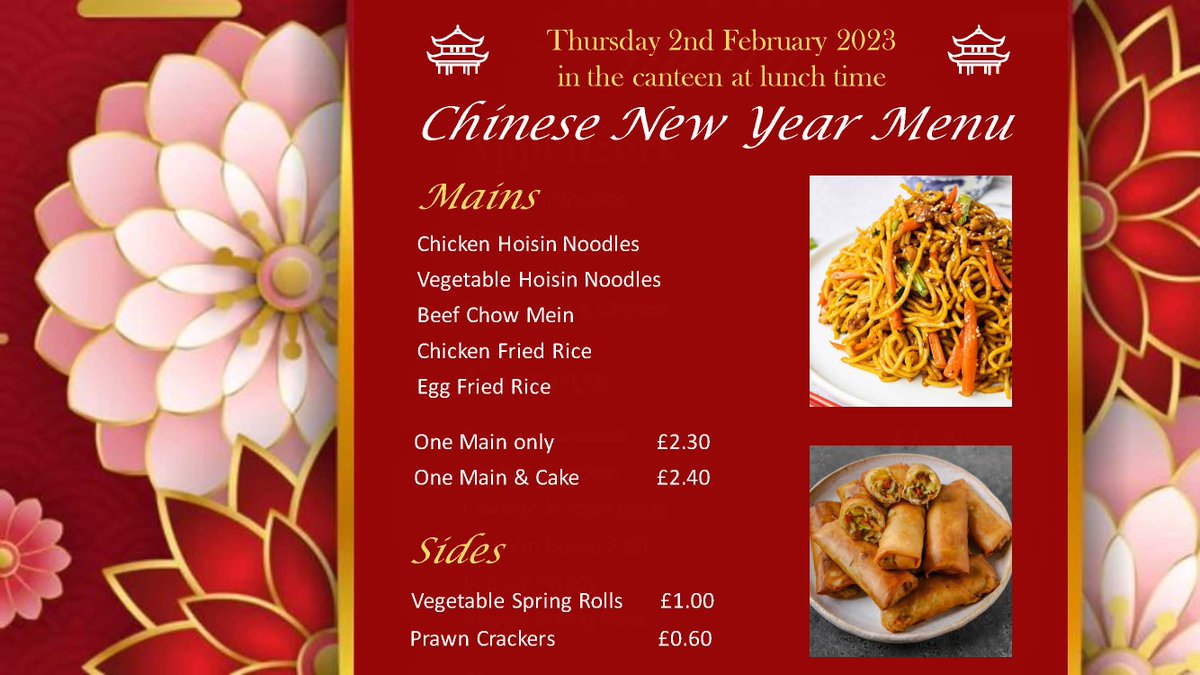 @WaingelsCollege - January 31
A reminder to our Waingels community of how we will be celebrating #ChineseNewYear on Thursday 2nd Feb: - Add a splash of red to your uniform - Specially devised menu in the canteen - Door decorating competition in tutor groups #YearoftheRabbit 🐇 https://t.co/UNiQ7Bc8ks 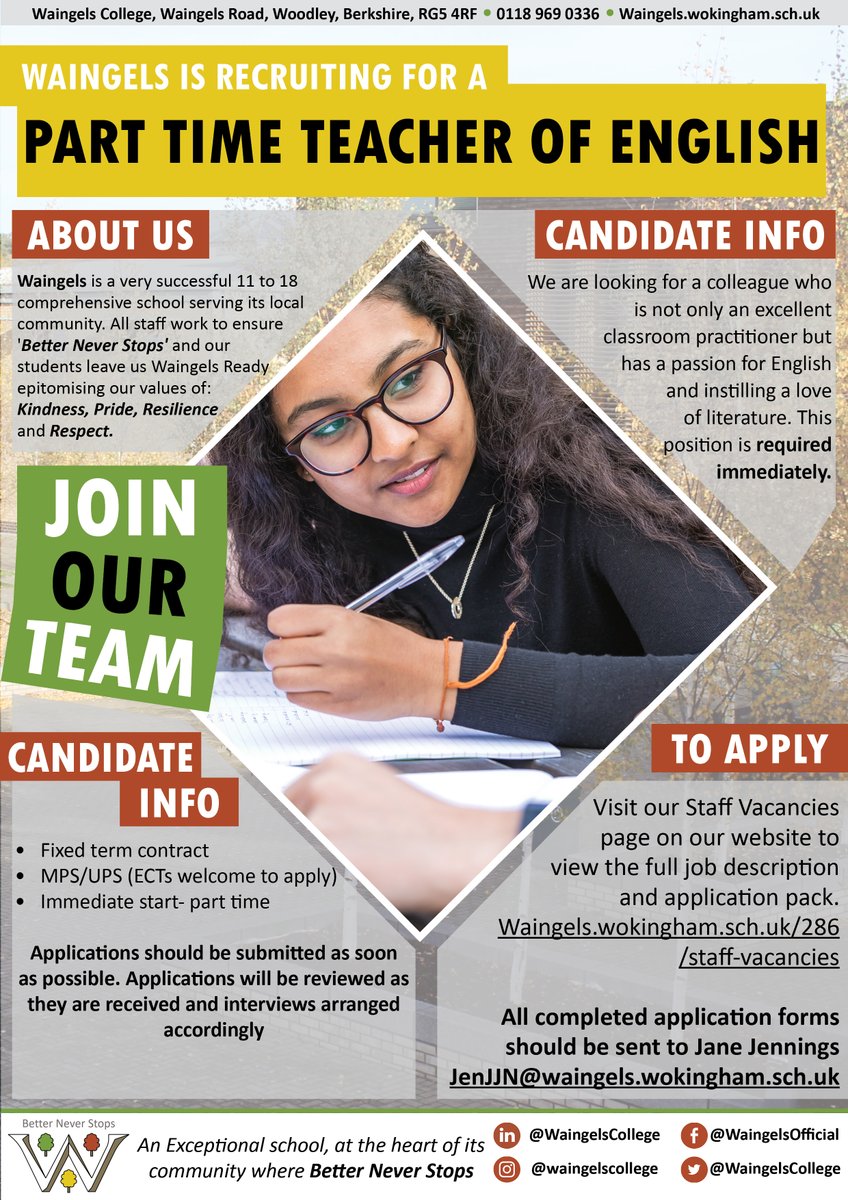