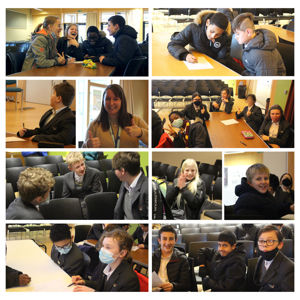 On Wednesday the 9th of February, students from Year 7, 8 and 9 competed in a flag competition as part of our Community House System. The competition took place in the main hall after school, everyone was determined to claim the victory!

The first round began, and it was off to an easy start with Europe. Most teams, including mine, were able to get the flags accurately.
Next, it was North and Central America. Whilst it was much more difficult than Europe, my team, and many others were able to snag full marks!

However, once it got to South America, most people struggled. On the first page, my team were able to get one mark from getting all of them right!
On the second page, we started off with Asia. Most groups faced minor difficulty in getting most of the flags, although my team managed to get all of them correct. After Asia, we had begun to complete possibly the most difficult one, Africa. Many teams struggled with it, but against all odds, our team got all correct again.

Finally, all that was left was Oceania. Oceania was a very difficult one since most of them were territorial flags, only a few were countries.
It was an easy finish, with 61/62 for my team! Two other teams also had 61/62 as well, so we had to do a tiebreaker question.

The question, 'What is the most used colour on flags?' left only 2 teams who were joint winners, and the answer was Red.